And the Streak Continues at Home 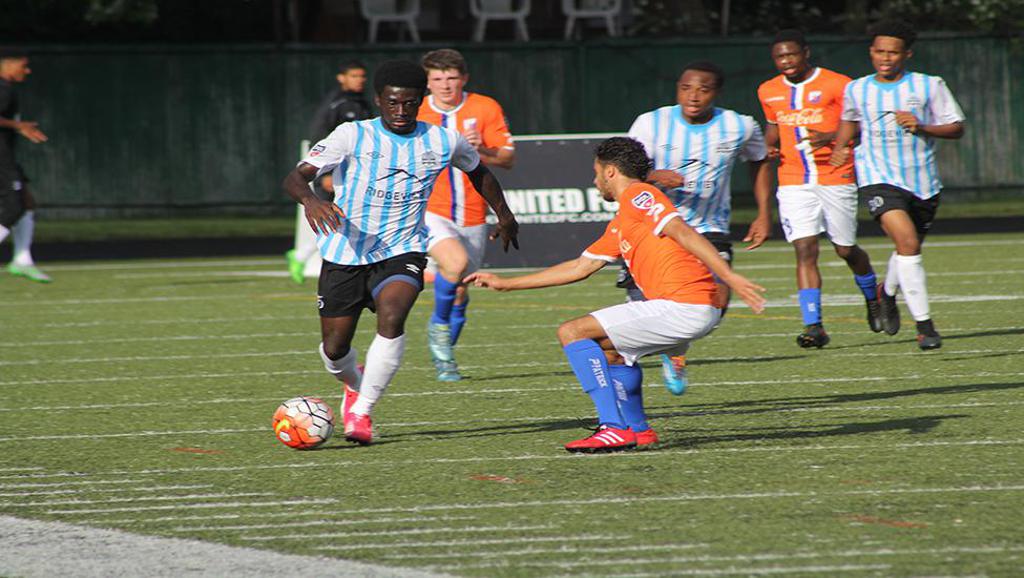 Waterloo, ON - With the home opener upon them, K-W United were looking to cinch their third consecutive win come rain or shine this past Sunday as they faced off against the Cincinnati Dutch Lions. With a lot of rain and a little sunshine to set the stage, K-W secured the win to move themselves into the top spot in the Great Lakes division.

Being the first home game of the season, the boys definitely gave their fans an exciting show; winning the game 1-0, it was a 90 minute+ battle that saw plenty of action on both nets.

Within the first five minutes, two shots were attempted by K-W players but it became clear early on that Cincinnati was ready to put their defensive strength to the test.

Before the first half was over however, K-W would land on the board with a 1-0 lead following a goal by Jared Agyeman with assistance from Mills. This would mark Agyeman's first goal for K-W United and would eventually carry the team to victory.

The second half saw several close shots from K-W players - including two more "almosts" by University of Guelph striker, Agyeman - who were eager to secure their lead in front of their fans on Wilfrid Laurier's University Stadium.

Maintaining their 1-0 lead, K-W United celebrated their fourth win of the season on their home turf and are now leading the Great Lakes division ahead of the Michigan Bucks (3-1).

There is no denying that K-W United seem to have come alive as a unified force to be reckoned with and will look to lock-down another consecutive win on Friday June 10th, against the Derby City Rovers at Wilfrid Laurier's University Stadium.