Hats Off to Koenig 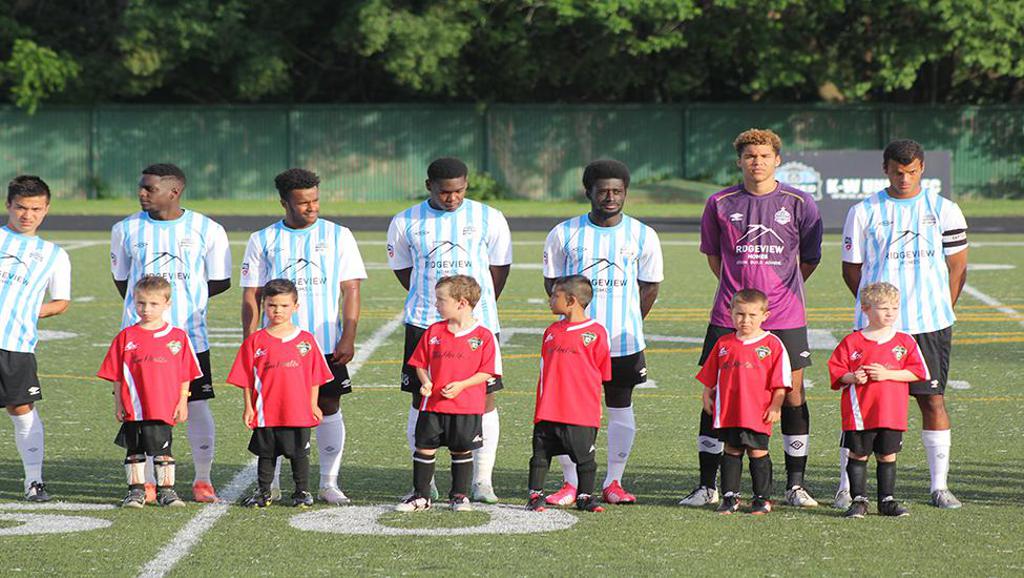 Waterloo, ON - They often say that you can't get too much of a good thing and when it comes to K-W United's winning streak, we couldn't agree more. Facing off against Derby City for the first time this season, K-W secured their 4th straight win to come out 4-3 over the Rovers during Friday night's game.

The 2015 PDL season saw Derby City come in last place in the Great Lakes division, providing a fighting fuel for players as they look to improve in their second year within the division.

And fight they certainly did.

In the 7th minute, the Derby City Rovers secured a 1-0 lead as both teams ensued in an offensive struggle to be the first on the board. Not far behind though, midfielder Ken Krolicki would net his first goal of the 2016 season with assistance from Adams to tie things up in the 16th minute.

Krolicki would then go on to assist Sven Koenig in landing his first point of the game in the 29th minute to take K-W into a 2-1 position. But, not long before half-time arrived, the Rovers would sink another goal and the battle to secure a clear lead continued.

Entering the second half of the game tied-up, K-W United would need to take charge if they wanted to finish on top.

Koenig, who previously secured his first PDL hat-trick when K-W took on Dayton, would add not only one but two more points to the board as a result of two penalty kicks during the 50th and 73rd minutes.

Landing his second hat-trick of the season, Sven Koenig would go on to be named "Man of the Match" and K-W United would go on to win 4-3 over the Derby City Rovers who were unable to make a comeback despite another goal in the 87th minute.

K-W United will next face off against the Toronto FC Academy at 7:00pm on Wednesday, June 15 at Wilfrid Laurier's University Stadium. K-W dominated TFC, 6-0, when they last met in the season opener and will be eager to cinch another win to secure their spot at the top of the division.