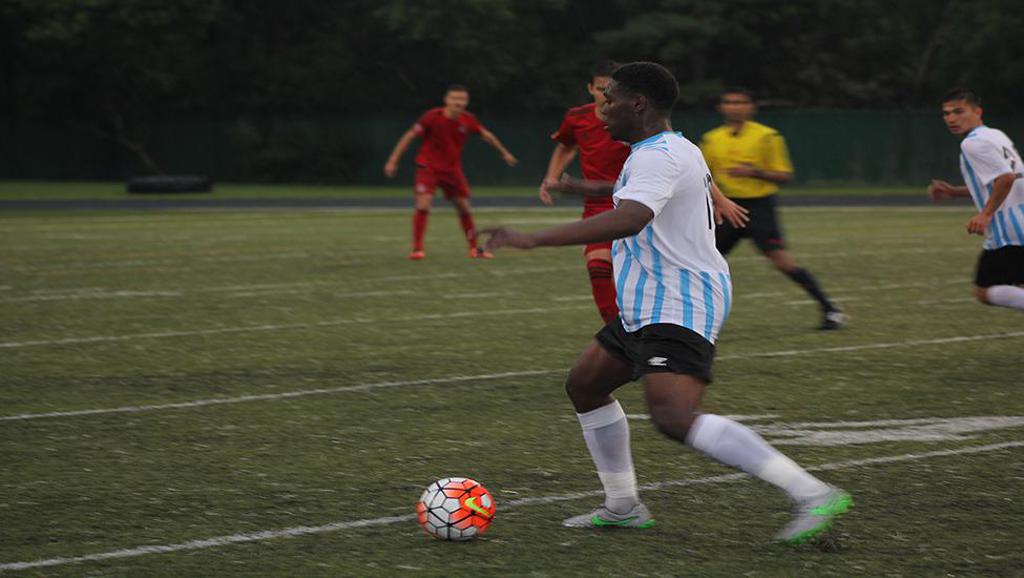 Waterloo, ON - K-W United faced TFC Academy for the second time this season on a rainy evening. It was the perfect setting for a team that was out to show they had something to prove after being annihilated by K-W in the season opener. Despite the rain and the come-back attitude,  K-W was able to lock-in their 6th win of the season to defeat TFC, 2-1.

There is no denying the level of excitement that this game delivered as both teams hammered each other's defense in hopes of securing a lead early on. The first half of the game saw several attempts on both nets, however 2015 PDL champion Wesley Cain, would sink his first goal of the season in the 25th minute - and his infamous celebratory backflip quickly followed.

The second half would bring much of the same. With TFC tying up the game in the 49th minute, K-W would again look to Cain to bring them ahead. In the 54th minute, Midfielder Raphael Reynolds would feed the ball to Cain who would go on to land his second goal of the game.

Leading the way 2-1, the relentlessness of both teams would not let up as K-W took several more shots on TFC's net while defending their own with the same ferocity. Unable to match their 1-point lead however, TFC would fall for the second time to K-W despite their strong efforts.

A key player in Wednesday night's game, Wesley Cain was awarded "Man of the Match".

K-W United is currently sitting on top of the Great Lakes division with five consecutive wins carrying them into their next game. After playing - and winning - the last three games at home, the boys will take to the road to take on the Derby City Rovers on Tuesday, June 21 at 7:30pm.