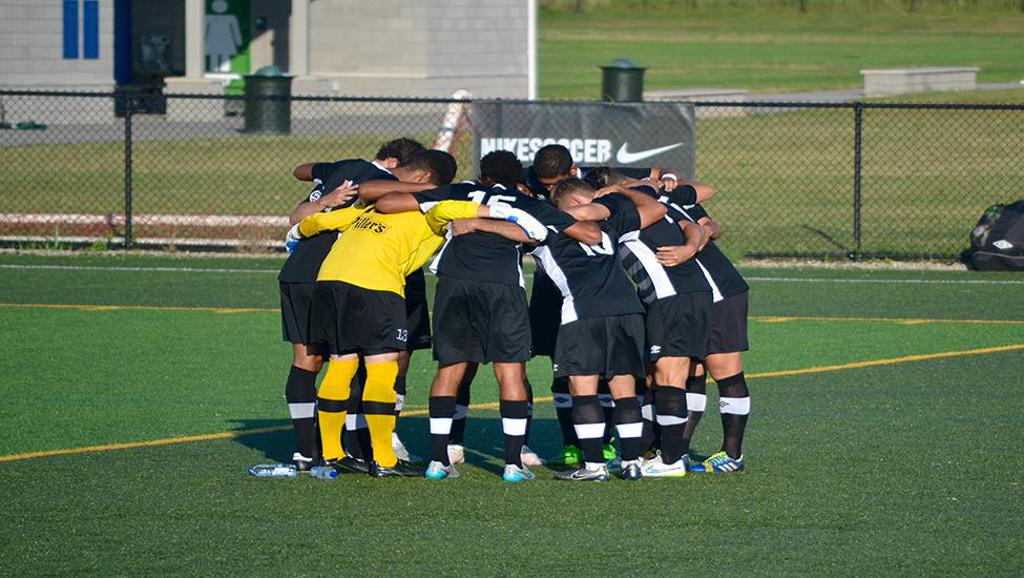 Waterloo, ON - After playing their last three games at home, the boys of K-W United headed back on the road to see if their winning streak would continue outside of Waterloo. With five straight wins on their minds, K-W United faced off against the Derby City Rovers for the second time this season - and for the second time came out on top.

The Rovers, who are currently third in the Great Lakes Division, fell to K-W 2-1 after an intense 90 minutes of play as both teams were prepared to challenge the other, making for an edge-of-your-seat kind of match.

Derby City opened up scoring in the first half, sinking their first and only goal in the 45th minute before going into halftime. They would make several more attempts on K-W's net but unfortunately for them, they were met with a new face: Mark Haynes.

Haynes made his K-W United debut this past Tuesday and was definitely put to the test. A London Marconi goalkeeper and past FC Londoner, Haynes put on an impressive show as he blocked shot after shot to aid K-W in their fight for the win.

For K-W's offense, it would take several shots of their own before they were able to successfully net one against Derby City's goalkeeper. In the 54th minute, University of Alabama sophomore Mathieu Laurent would sink his first goal for K-W and would get the boys on the board.

The minutes that followed saw K-W United trying to desperately break the tie and secure their 6th consecutive win of the season. Haynes continued to block any and all shots made by the Rovers and in the 90th minute, K-W captain Sergio Camargo delivered the game winning goal.

Kicking off their three game road trip with a win, K-W United will look to do the same in their next two matches against the Cincinnati Dutch Lions.