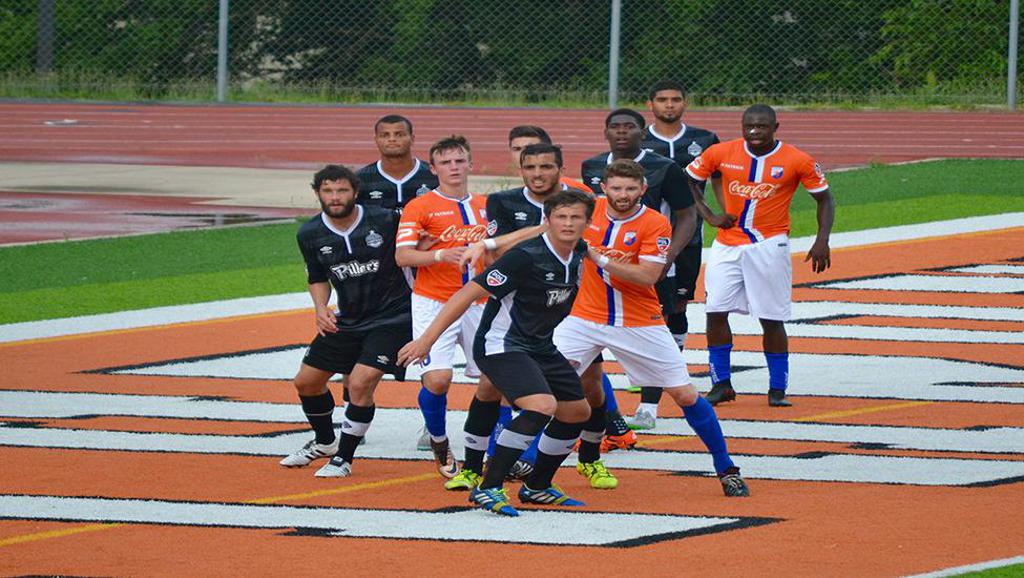 Waterloo, ON - In back-to-back matches against the Cincinnati Dutch Lions, K-W United found themselves again facing the last place team only a few days after their first tie game of the season. With a seven-game-unbeaten streak to motivate them, the boys of K-W would shut down the Dutch Lions in a 2-0 shut-out win this past Saturday.

It was a hot and sunny afternoon in Cincinnati as K-W United took to the field for their last away game of the regular season. Despite closing their last game in a tie, players were looking to do a little more in game 10: bring home their 8th win of the 2016 season.

Early pressure from the Dutch Lions was all the fuel that K-W needed.

Sven Koenig opened up scoring early by sinking his first of the game in the 8th minute. The Hawaii Pacific striker would make several more attempts on net before half-time would arrive.

K-W keeper, Mark Haynes, who made his debut on the team less than a week ago, put on an impressive show as he blocked shot after shot as Cincinnati tried to get on the board. His first shut-out win for K-W United, Haynes was undeniably quick to find his groove with the team.

The second half of the match saw much of the same as the first: key stops from Haynes, and a second goal for Koenig at 66', this time with assistance from Miller.

Wrapping up their road-trip with a win, K-W United will head back to Waterloo to finish off the 2016 regular season on their home field. The 2-0 shut-out against the Cincinnati Dutch Lions has secured K-W at the top of the Great Lakes division (8-1-1).

They will face off next against the Michigan Bucks on July 1 at 7:00pm at Wilfrid Laurier's University Stadium. The Bucks (7-2-0) are currently second in the division and are the only team so far to land a win over K-W.

Without a doubt, game 11 will be one for the books.