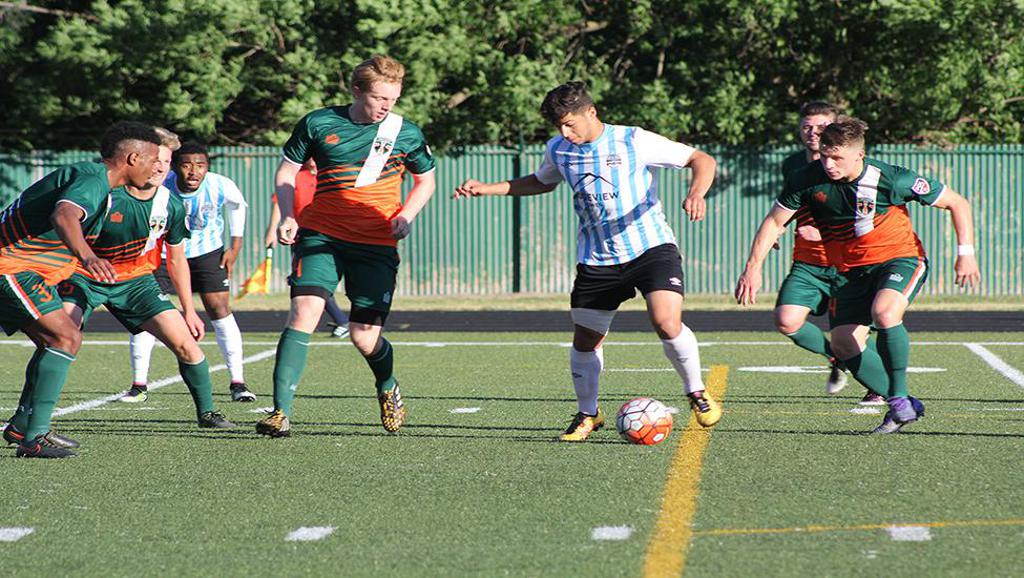 Waterloo, ON -  If all good things come to an end then it was only a matter of time before K-W United's unbeatable streak would falter. In their second match versus the Michigan Bucks, K-W was unable to secure their ninth win of the season against their biggest division rivals, finishing the game with a 3-2 loss.

With clear memories of their first game with the Bucks this season, K-W was hopeful to improve over the devastating 6-0 loss they had suffered previously.  Nearing the end of the regular season, K-W United have proved time and time again that they are a stronger and more unified team with each match; and in game 11, they proved no different.

K-W challenged the Bucks with strong offensive attacks throughout the intensely exciting 90+ minutes of play. Michigan was able to gain an early lead that sparked attempt after attempt from K-W as they looked to get on the board to ensure that their only loss of the season so far, would remain just that.

In the 28th minute, K-W's determination would pay off and Jahsua Mills would sink a penalty shot to land the first goal of the game and tie things up. Before half-time would arrive however, Michigan would refute the challenge and net their second to ensure they were sitting 2-1 in the 36th.

The second half saw more bad news for K-W as Michigan sank their 3rd goal of the game within minutes of taking the field. Fueling players to strive for a come-back, K-W put on an impressive show during the final minutes of the match with keeper Jared Brown stopping anything that came his way. With their net well protected, Mills would sink his second of the game in the 90th minute and spark a furry of attempts as extra time was added.

Despite their best efforts however, the boys would walk away with their second loss of the season which was once again, a result of the Michigan Bucks.

With only three games left of the regular PDL season, K-W will look to wrap things up on a high note and move one step closer to a consecutive championship win. Players will face off against the struggling TFC Academy (1-6-3) this Wednesday at 7:00pm at Wilfrid Laurier's University Stadium.