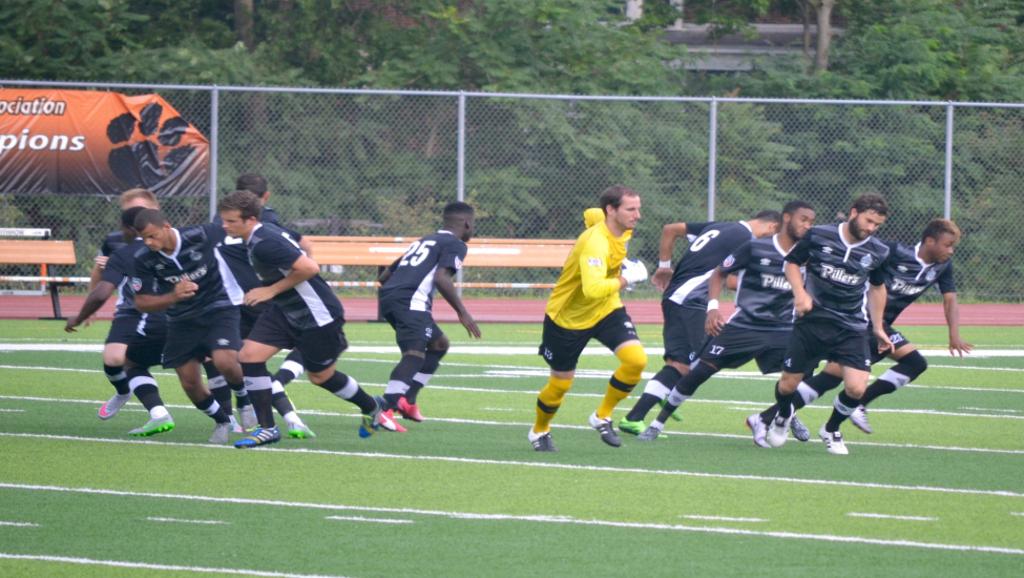 As we say farewell to 2016, K-W United FC and its fans can look back on another memorable season.

It was a year that saw the boys in black and blue enter the season as the reigning PDL champs, post an eight-game unbeaten streak and qualify for the playoffs for the third-straight year. While the season may have ended earlier than the team wouldve liked, 2016 brought numerous highlights to soccer fans in Kitchener-Waterloo.

Hot off their 2015 PDL championship, the excitement began early in the year for United. Just two weeks into 2016, the club celebrated six members of K-W United community moving up to the professional ranks.

With some key figures moving on, the team began preparations for the 2016 season with some new faces joining the fold; including the man patrolling the sidelines. Martin Painter was announced as Uniteds new head coach, coming up the 401 from FC London who left the the PDL following the 2015 season where he made six playoff appearances including a 2012 PDL title.

With some new faces joining key returnees, including team captain Sergio Camargo, United burst out of the gates opening the 2016 regular season with a 7-0 win over Toronto FC Academy the largest margin of victory in club history.

However, game No. 2 of the new campaign was almost a polar opposite with the black and blue falling 6-0 on the road to the eventual PDL champion Michigan Bucks. United would only lose two games in the 2016 regular season both at the hands of the always tough Bucks.

To say K-W responded well to that 6-0 defeat would be an understatement. After losing to Michigan, United rattled off an unbeaten streak that lasted eight games and included seven wins and three clean sheets.

The streak would be snapped by, you guessed it, the Michigan Bucks, in a much closer affair than the first time the teams met, with United getting edged 3-2.

K-W won three-straight to close out the regular season, securing second place in the Great Lakes Division, just two points back of the Bucks. United also finished in a tie for the third most goals scored in the entire PDL with 37 in 14 games, while allowing just 18 goals against.

As the playoffs began, United found themselves up against a familiar foe in the Central Conference Semifinals the Heartland Division champion Des Moines Menace.

In 2015, K-W topped Des Moines 3-2 in the conference semis on their way to the PDL title. But this time around it was a different story.

Des Moines threw an all-out attack at the black and blue and wound up eliminating the defending champs with a 5-1 win with Sergio Camargo the lone K-W goal scorer.

Despite the early end to the season, United did get a piece of good news following the PDL championship. Striker Sven Koenig earned PDL Young Player of the Year honours after finishing with 12 goals in 11 games, finishing tied for third in league scoring.

With the strong performances of Koenig, Camargo and so many other K-W players highlighting 2016, the players, coaches, front office and fans of K-W United are excited for what 2017 has in store.