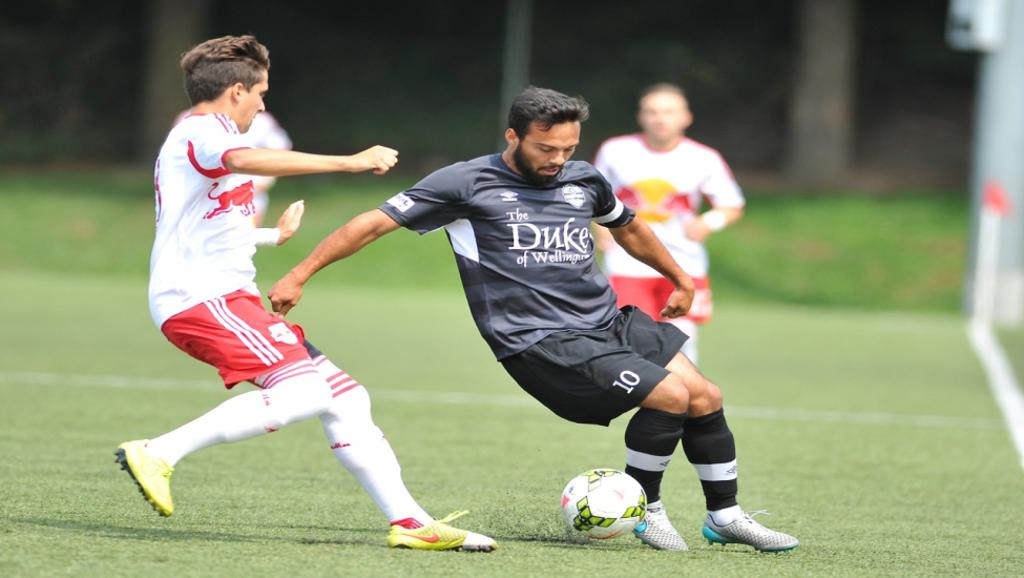 For Sergio Camargo, it was the culmination of a lifelong dream and a career full of hard work. The former K-W United captain has officially signed with Toronto FC Jan. 11, becoming the 13th homegrown player in team history to sign with the big club.

As Camargo gets set to embark on his professional career, he reflects on the path that led him there, most recently a thrilling season with Syracuse University.

The team would come up just short in the Round of 16, losing an incredibly tight 1-0 game to the University of North Carolina Tar Heels with wintry weather once again playing a factor.

Everything came together so well, the chemistry of the team was there right in the pre-season, said Camargo. The commitment of the guys, the way the coaching staff handled everything, it was great.

Syracuse was a new environment for Camargo, joining the team as a senior after three seasons with Coastal Carolina University. But some familiar faces from his K-W United days including Oyvind Alseth, Louis Cross and Liam Callahan made the transition an easy one.

Camargo scored four goals in the regular season, helping the Orange to the quarter-finals of the ACC championship.

And when the games mattered most, the man United fans know as Captain Camargo stepped up his play even more, scoring twice and adding an assist in Syracuses 3-0 win over Dartmouth in the second round of the NCAA tournament.

Players always pride themselves for showing up in big games and what better way to show up than a national tournament game, said Camargo. It was a great feeling to get two goals in a big game in front of the home crowd, plus my sister was there, it was just awesome.

In college soccer, the final month of the season is nothing but elimination games so needless to say, the intensity gets taken up a few notches. Especially when youre a senior, said Camargo, and you know if youre losing there may only be 45 minutes left in your college career.

Both were very emotional for sure, said Camargo. But K-W ended on a positive note and with Syracuse, it was a sad note.

Along with natural intensity of the matches, the players also had to contend with playing in late November in upstate New York I dont think Ive ever played in snow like that, said Camargo of the Dartmouth game, which was played in a near blizzard.

Against Dartmouth we played great, even through all that snow and it just didnt work out for us against North Carolina, said Camargo.

Camargo says hell always remember playing in the big games of the conference championships and national tournaments and the big goals he scored. But above all, he says hell forever treasure the friendships with teammates, and even some opponents, he developed over four seasons in the NCAA.

With his college career behind him, Camargo says hes excited to start his career as a pro, something hes dreamed of since he was a kid.