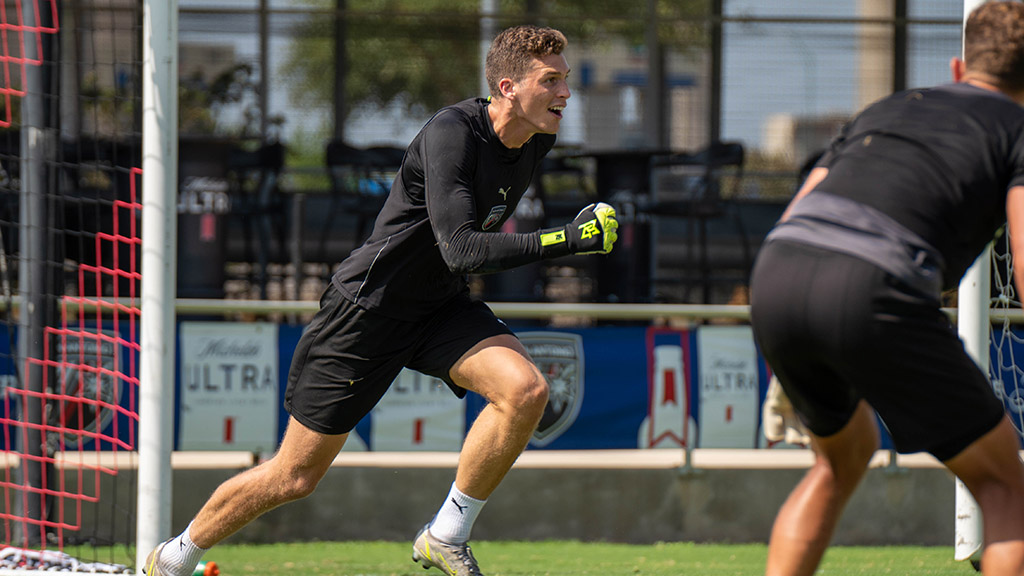 SAN ANTONIO – San Antonio FC announced on Tuesday the club had signed goalkeeper Grant Makela to a 25-day contract, pending league and federation approval. Per club policy, terms of the deal were not disclosed.

“We are pleased to welcome Grant to the team. He has had an exceptional collegiate career and was a top performer with Des Moines Menace of USL League Two,” said San Antonio FC Head Coach Alen Marcina. “We are intrigued to see his transition into the professional game.”

Makela appeared in seven regular season matches and three postseason matches for the Des Moines Menace in USL League Two this season. Over the 10 matches, Makela allowed just six goals and posted a save percentage of 80 percent.

Prior to his time in USL League Two, Makela played collegiately for Florida International University. With the Panthers, Makela posted an 0.82 goals-against average and a save percentage of 73.9 percent in the 2021 season.

Makela spent 2016-19 playing college soccer in Texas, competing for Southern Methodist University in 33 matches and making 14 shutouts. The product of Destin, Florida led the American Athletic Conference in shutouts and goals-against average in 2018 and 2019, earning AAC All-Conference Second Team honors in 2018 and an AAC All-Tournament Team berth in 2019.