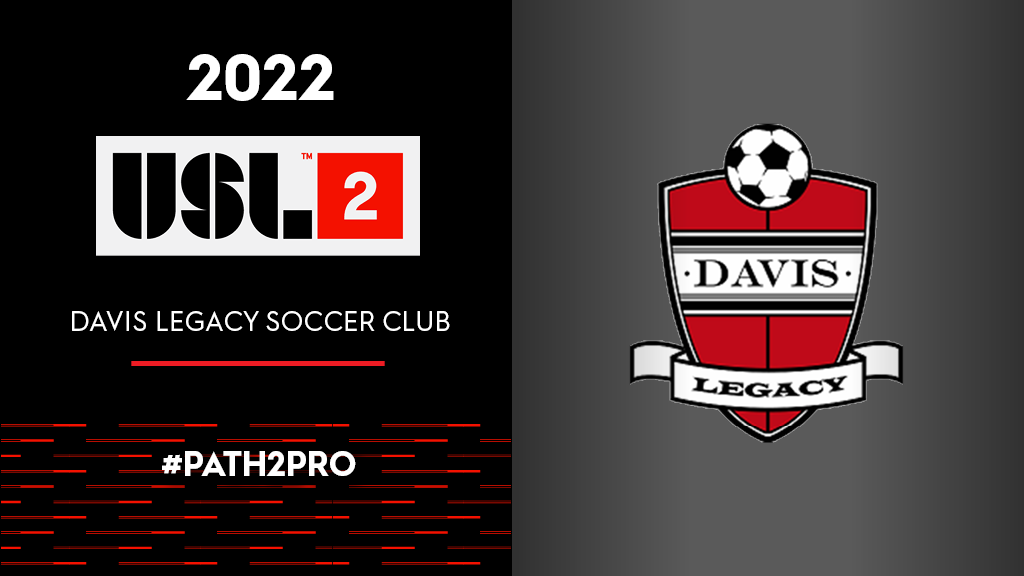 "By joining the USL League Two, we will create a professional pathway from our youth teams to our first team, which will in turn motivate our entire soccer community,” said Executive Director David Robertson. “Competing in one of the most organized and reputable leagues in the country will bring high level soccer to our facility which can be enjoyed by both our members and the wider community.”

Established in 1989 in Davis, California, Davis Legacy Soccer Club is the premier soccer organization for youth and adults in the City of Davis and surrounding communities to learn and grow their love for the beautiful game. Davis Legacy Soccer club is a 501 (c) (3) nonprofit. Davis Legacy's mission is to provide the highest levels of quality soccer training for players and enhance their social, emotional and physical health, in a positive and safe environment. Davis Legacy fosters a soccer learning environment that teaches creative, attacking, and possession-style soccer built on a foundation of strong technical skills.

"We are excited for the opportunity to face some outstanding teams in USL League Two and hopefully continue our on-field success that we had in NorCal Premier and the UPSL,” said Head Coach Mark Torguson. “We feel our program will provide the perfect steppingstone for those players making the transition from college and youth teams to the professional level.”

Davis Legacy also conducts an annual community-wide fundraiser – Barefoot on the Pitch – during the month of September. Featuring music, food, cold beer, premium local wines, raffles, and a silent auction, Barefoot on the Pitch is a fun, easy, and great opportunity families within the club to connect with one another, as well as with members of the community in which the club plays in and represents.

“Both on and off the field Davis Legacy represents the level of professionalism and direction that USL League Two is looking for,” said Joel Nash, Vice President of the USL’s Pre-Professional and Youth Properties. “Their pedigree as a youth club across the country is well known and respected as a top club in all areas. We are very much excited to welcome Davis Legacy into League Two and overjoyed to see them compete in what is already a highly competitive division and conference.”