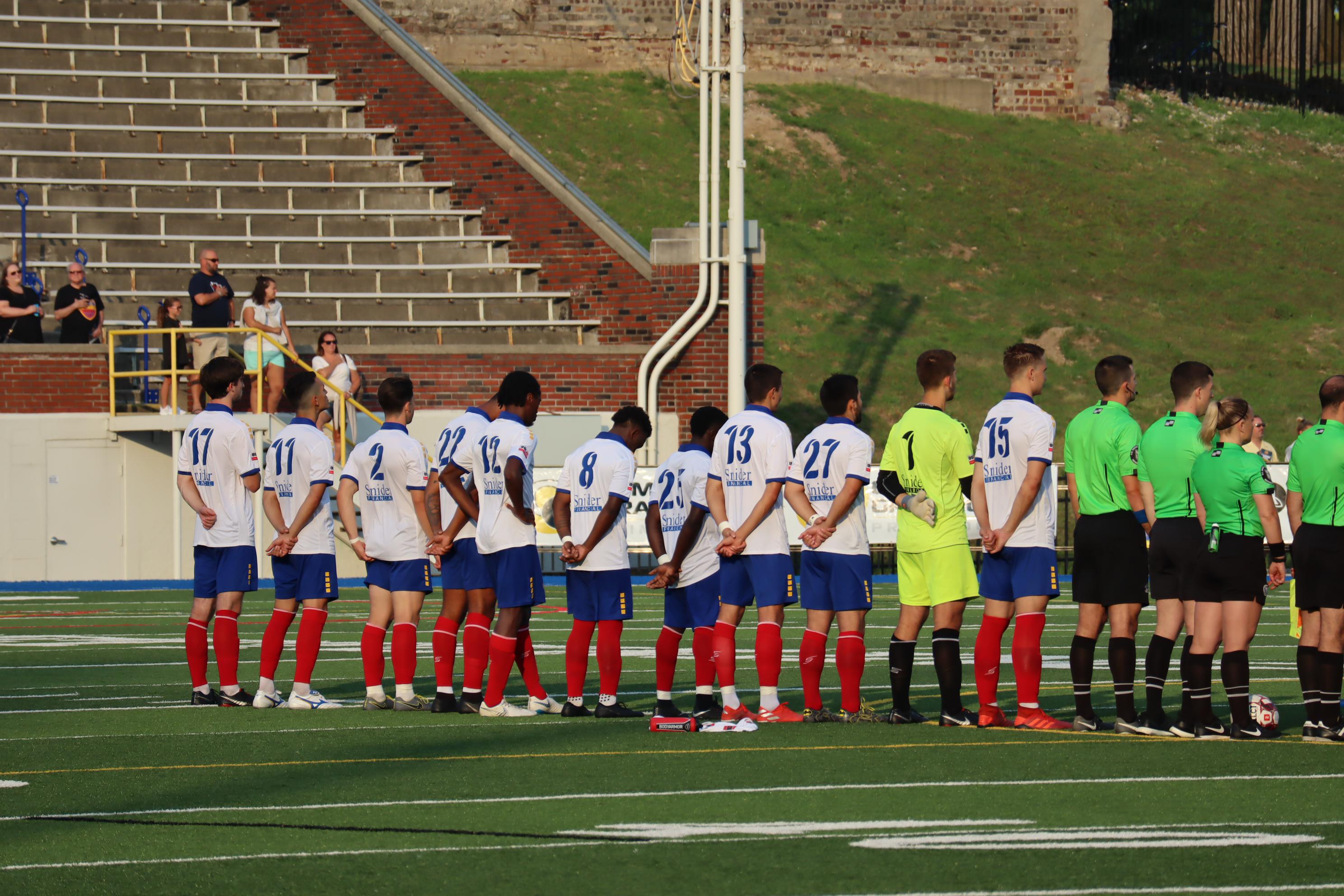 In the second part of our coaches and captains series, we talked to Flint City Bucks head coach Demir Muftari and team captain Charlie Booth before the League Two Final on Saturday.

Muftari joined the Bucks organization as an assistant coach in 2011 and became head coach in 2013, winning league titles in both 2014 and 2016. He did not coach the Bucks in 2018 but came back this year as the team moved to Flint.

“We’ve had really talented players for years, it’s great,” said Muftari on the organization’s consistent success. “The club has built a fantastic culture and tradition here, so we’ve been fortunate to attract really good players and try to create an environment that helps them get better.” 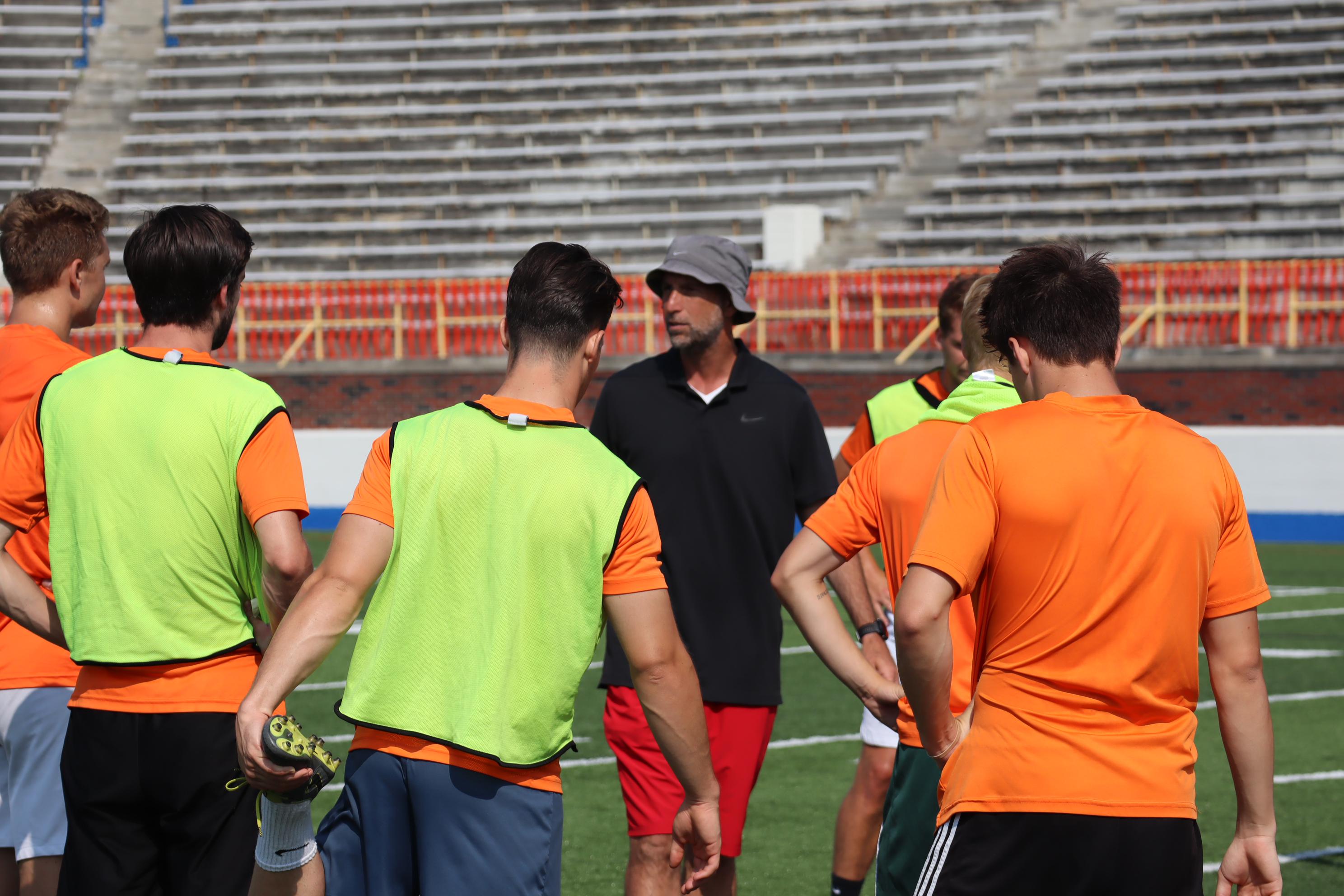 Flint City faced plenty of adversity on the way to this season’s final, its first since that 2016 team lifted the trophy. The team’s run through the playoffs has seen them beat some of League Two’s top regular season clubs, and the Bucks have a habit of winning games late, which Muftari attributes to his player’s resilience.

“I don’t know the stat off the top of my head, but I believe we’ve scored 7 goals in the last 5 minutes of a game. Going into those last minutes, that’s one of the things — we know we can do it,” said Muftari. “We’ve been in difficult situations late in games before, and we’ve come through on top and we’ve been able to be successful in those moments. The advantage I thought we had in that moment was we’ve experienced it before.”

Booth, a Massachusetts native, also credited the team’s mental toughness as a key to their success, especially in the first round against Des Moines Menace where a miraculous goal from goalkeeper Gustavo Vasconcelos in the last minute of extra time sent the game to a penalty shootout.

“That’s kind of been the theme throughout our year. We’ve faced adversity really well, so it wasn’t something we weren’t really used to,” said Booth of the Des Moines game. “When that came, we were down, it was overtime, we were down again. We stayed with the fight and we weathered the storm. Gustavo came on, and to be honest I thought it was a joke, I swear. I saw him warming up and he had the #10 jersey on, and I was like this can’t be real man. He came on, first touch it was a goal.” 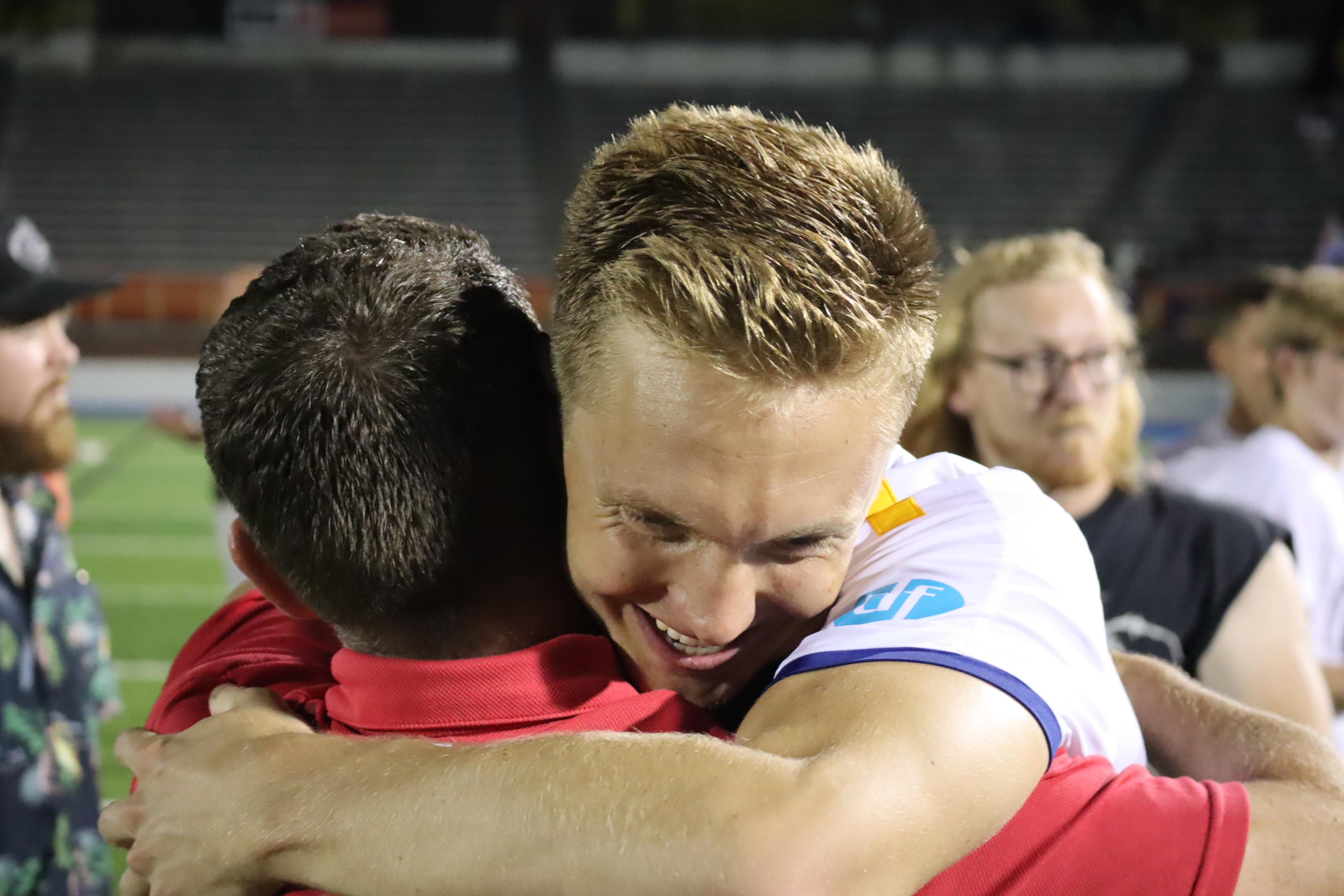 As the anchor of the Bucks defense and one of the team’s leaders, Booth has been instrumental to the team’s playoff run. They’ve faced injuries and other obstacles, but have rallied from the support of their new hometown of Flint.

“I think we’ve all been pleasantly surprised about coming here. The following has been great,” said Booth. “Even local guys are our fans, local girls, everyone. They cut our hair, they work at the restaurants downtown, so we see all the fans all the time. It’s a great connection we have, all the players and all the fans together. It’s a really good environment for us.”

The Bucks will hope that playing on their home turf this Saturday at Kettering University’s Atwood Stadium will give them an extra lift in their pursuit of a fourth League Two title, and a first in Flint.